« Project For a New Mythology
Childhood: It follows you to Adulthood »

Day 3 for me was mostly wandering the center and checking out the cool costumes people were wearing. I did go to one panel though, for AMC’s “The Walking Dead”.

Autograph Alley. This was the line to get James Marsters’ autograph. 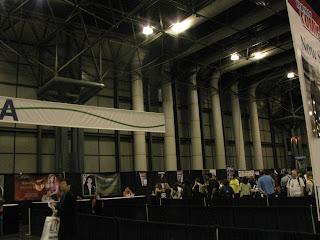 Dungeons & Dragons. There were several campaigns being played throughout the weekend, plus a few tables dedicated to teaching beginners the basics of the game. 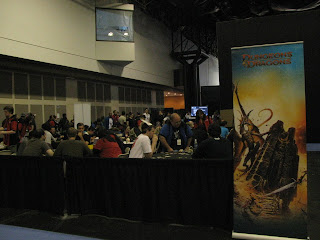 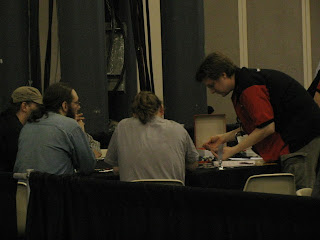 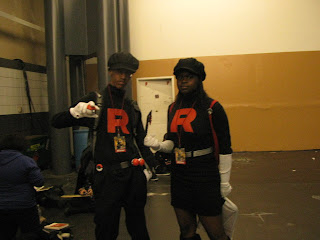 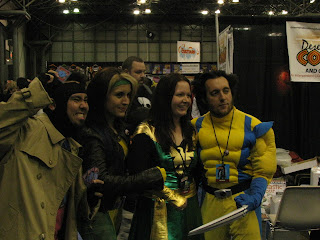 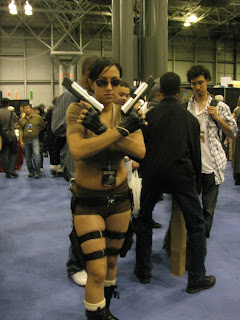 Phoenix was what first caught my attention here, but I liked all of their costumes. 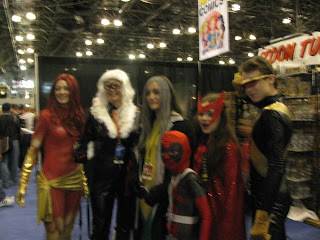 Batman & Robin. I thought it was cute that the kid was Batman, even though Robin was the kid in the comics. 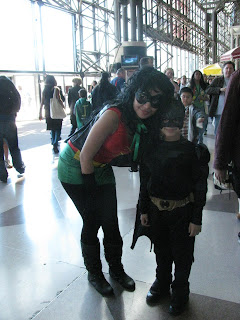 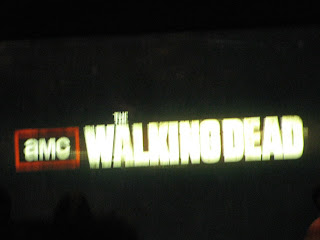 First we got some background information from the producer, director, and writer. 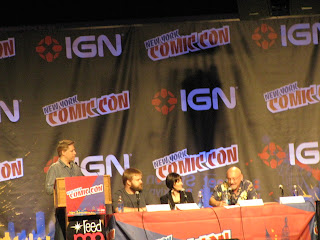 Then the cast joined us for insight on their characters. 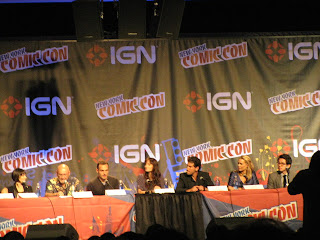 This entry was posted by News on Shuffle on October 14, 2010 at 9:45 am, and is filed under Comic Con, convention, costumes, culture, games, gaming. Follow any responses to this post through RSS 2.0.Both comments and pings are currently closed.