« Nerds in Babeland partnering with Deniath
Review: Product of Society #5 »

News: Doctor Who’s Katherine Jenkins joins the cast of Dancing with the Stars 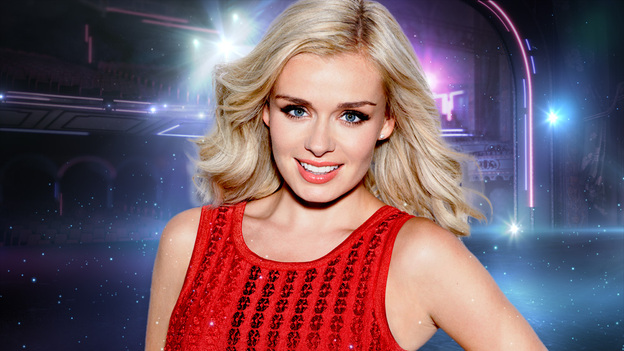 Welsh mezzo-soprano Katherine Jenkins, familiar to Doctor Who fans from her role as Abigail Pettigrew opposite Matt Smith’s Eleventh Doctor and Michael Gambon’s Kazran Sardick in 2010’s “A Christmas Carol” has joined the cast of ABC’s Dancing with the Stars.

Jenkins, 31, will be partnered with dancer/musician Mark Ballas, 24. Ballas has won the competition twice, with partners Shawn Johnson and Kristi Yamaguchi. Could we see Doctor Who composer Murray Gold join Ms. Jenkins for a performance of Abigail’s Song?

ABC is enjoying genre success with Once Upon A Time and mid-season supernatural offering, The River, could they be courting the Whovian fandom with the addition of Ms. Jenkins to the cast?
Will fans of Doctor Who come out in force to support Jenkins in the online voting?
Katherine Jenkins will be joining athletes Donald Driver and Martina Navretilova, actors Jaleel White, Melissa Gilbert, William Levy and Jack Wagner, singers Gavin DeGraw and Gladys Knight, and television hosts Maria Mennounos and Sherri Shepard when season 14 of Dancing with the Stars premiers on ABC on March 19th at 8pm EST.

This entry was posted by kristenmchugh22 on February 28, 2012 at 9:57 pm, and is filed under TV. Follow any responses to this post through RSS 2.0.Both comments and pings are currently closed.