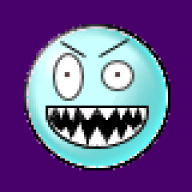 Janna is a New Yorker living in The Netherlands who appreciates good manners, Louis Armstrong, and regular games of Scrabble. Former Marvel/Marvel.com intern and anti-pants. Find her on www.guerrillageek.com!

I have avoided writing book reviews for most of my life. Even when assigned to do so in school, I would try to figure out a different plan of attack. How could I possibly describe a book that has been written by someone else? The way sentences flow together, the chosen words, the character descriptions. The author has already said anything that I would want to say, and in a more pleasing tone.

When I was asked to write a guest post, it was suggested that I do a book review because of my self-proclaimed bibliophile status. My mind swam with the possibilities. Do I take on a book that has just been released? An old favorite that I curl up with on a rainy day? A book that no one has ever heard of?

I decided to talk about one of my favorite books: Passing, by Nella Larsen. Although my usual reads include crime dramas, science fiction, graphic novels or supernatural topics, Passing is none of the above. It is simply an example of some of the best writing to come out of the Harlem Renaissance.

Security. Was it just a word? If not, then was it only by the sacrifice of other things, happiness, love, or some wild ecstasy that she had never known, that it could be obtained? (Passing, 107)

Passing tells the story of two strikingly similar women who lead two very different lives. Concentrating on the issue of skin color, Larsen recounts the experiences of two biracial women living in New York in the early 1900’s. She explores a topic that has not been readily undertaken. Many refuse to believe that racism can exist between members of the same race. Larsen examines race, sexuality, identity, and class differences in this riveting novel.

In the past, African Americans with lighter skin tones would pass as a white person for many different reasons. This novel is set during a time period where African Americans still encountered restrictions because of their skin color. One of the women, Irene, chose to remain in the African American community, despite her fair skin. She has a peaceful, normal life with her family. Her friend Clare Kendry took the dangerous, exciting route. She chose to pass for a white woman in white society. She believed that the societal benefits outweigh the extremely dangerous risks. Irene, however, values security and safety above all else. The most important aspect of her life is the wellbeing of her family. Although Irene ‘passes’ when it is necessary, she prefers to remain in her comfort zone. Both women value security, and they each make significant sacrifices, taking a different approach to obtain what they need in their lives. The demand for assimilation and constant racism that these women encounter makes this an intriguing topic to explore.

This book is a fantastic read for many reasons. It opens up an area of life that many of us have never experienced. I cannot imagine living in a society where you would be cast out because of the color of your skin. Clare’s husband detests African Americans, and she would surely be in mortal danger if he discovered her secret. Personifying the definition of impermanence, Clare floats from one place to the next without ever getting attached. Somehow, she finds the security she craves in the unpredictability of her life.

Written in 1929, this book still rings true today. While we hope that racism is a thing of the past, it still stands strong in many areas of the world. Passing splits the topic of racism wide open, and allows us all to personally experience its horror.