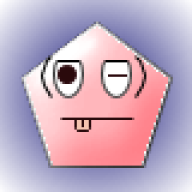 by Jennnmarshall in Fandom, Review, TV

The Walking Dead is back! This is reason enough to celebrate, but it’s even more exciting now that we have seen the premiere episode from new showrunner Scott Gimple. The season 3 finale was packed with super-intense drama, but this new season isn’t picking up directly after the showdown with the Governor at Woodsbury. Instead, it seems like a month or two has passed since the end of the Woodsbury settlement with the Woodsbury survivors blending with Rick’s group. Everyone has a role in this expanded society at the prison and it seems like things are going pretty smoothly (for once). Instead of Dictator Rick, we have a ruling council that discusses the issues facing the survivors. Additionally, the roles that people have been assigned seem to suit them. Their manufactured society is functioning well, which takes pressure off of the individuals. There are enough adults so that not everyone is needed for high-risk ventures into the outside world. Glenn and Maggie talk about the possibility of having a child and a life at the prison, now that the environment is more stable. Even Carl is doing kid things like playing, reading comic books, and talking to other children.

The two big plot points of the premiere are Daryl’s group expedition to the big Target/Walmart type shop and Rick’s encounter with a stranger in the woods. It seems like Daryl’s competence is making the group more confident in their outside world maneuvers. The group’s trip to the store for supplies seems to go really well until newcomer Bob Stookey confronts his alcoholic demons a little too harshly in the booze aisle and causes the wine rack to come crashing down on him. Unbeknownst to the survivors but knownst to us, there are a good number of walkers on the roof of the store, along with a fallen helicopter. The crash of the wine rack attracts the horde and the roof gives up, causing the walkers to fall from the sky into the store. There is lots of head squishing, skin peeling and other awesomely gory gore. The cutie that Beth was flirting with gets eaten because that’s just how it goes. The crashed helicopter on the roof finally falls into the store basically ruining the good thing the survivors had going with this seemingly fully stocked warehouse store.

Back to Rick, who is now pursuing simpler goals like becoming a good pig farmer. He is taking care of Carl and baby Judith, still healing from Lori’s loss and his temporary loss of sanity. He encounters a woman while gathering things away from the prison. She’s a lone survivor and begs Rick for help. Rick, thankfully, is a lot more hesitant to help a fellow survivor than perhaps he would have been pre-Woodsbury. I don’t know why he chooses to follow her at all, but Rick is Rick and so he demands that if the woman and her husband want to come back with him, he has to meet her husband first. Big shocker: the woman is actually crazy and was just looking to feed Rick to her now zombified husband. Rick gets away and back to the prison where he reflects on how close he came to her fate. It makes sense that Rick would take pity on the woman and let her have her wish, which was to be with her husband as a walker. She was so obsessed with her husband’s fate that she gave up living for herself – literally – she kills herself in front of Rick. Rick realizes how close he came to losing it completely in the last season, and while he still can’t seem to catch a break, he seems to be more conscious of his health and his role in the group.

What I guess will be a major plot in this upcoming season is the mysterious disease that first took the pig and then the bespectacled youth. I don’t know why there wasn’t a scene with Herschel the vet checking out the pig before it died. This disease seems to act very quickly, within a day, starting with flu-like symptoms that worsen until the infected is dead. How this disease was introduced to the prison group should be interesting. Maybe it is a tool of the Governor, who is still lurking about. Maybe it involves the CDC somehow. Either way, I predict we are going to lose a lot of friends. I also predict that some characters will be conveniently immune to this plague.

This first episode sets up a lot in its 43 minutes, from subtle exposition to new dangers to our favorite group of survivors. I appreciate the showing rather than telling that is going on in terms of more subtle storytelling. I feel like the Walking Dead has become more intellectual in just that first episode and I sincerely hope it continues the trend. Lori and Andrea are gone, Tyrese is a member of the prison (and one of my favs from the comics), Carol and Daryl have the most adorable relationship ever, and Michonne has a cool horse and more screen time. I feel like it can only get better from here.

Heroes of Cosplay is the SyFy channel’s new series about cosplay competitions at conventions. The show follows a select few cosplayers behind the scenes of the competition into their homes, studios and their creative processes. Each episode centers on a different convention, and the cosplayers must create a new look for each competition. Cosplay, for those who might not be familiar, is short for “costume play” and it is the act of wearing a costume to portray a character from a work of fiction. These costumes are often hand made and they can cost hundreds (sometimes thousands) of dollars and hours to create. Some cosplayers like to get into character by acting like the character they’re representing. Other cosplayers merely create and wear the costumes. Either way, the cosplayers are judged on “presentation” during the competition, as well as detail and craftsmanship.

The cosplayers the series follows are mostly professional and semi-professional costumers. Chief among them is the well-known costumer Yaya Han, who appears as a guest judge at each of the competitions in the series. She is introduced by her self-chosen title, “the Ambassador of Cosplay”, and she often shows up to give our cosplayers some (seemingly unsolicited?) advice, like a costumed fairy godmother. When I spoke with Yaya at SDCC, she stressed that the competitions were not rigged in any way to favor the competitors. Indeed, in the past two episodes, only one award has been given to any of the show’s stars (it was to Holly and Jessica for “best team” for their Dungeons and Dragons costumes). We see some of the creative process, though a lot less than I had hoped. There were some cool shots of Jesse vacuum forming his Steampunk Stormtrooper helmet, and a harrowing scene where Holly makes a head cast of Jessica to help sculpt her Tiefling horns. Most of the show focuses on (surprise) the drama and stress that goes into creating something on a too-short deadline for a competition.

The show has stirred up controversy in the cosplay community. The initial excitement for a reality show based on cosplay and featuring some of the cosplay community’s most talented names has faded since the show first aired and has been replaced with… resentment, mostly. It’s what happens whenever an unelected elite minority is chosen to represent a population: rebellion. The show was marketed as a documentary style, and it does catalog events and interviews like a documentary, but it is basically another competition reality TV show. It was not made for cosplayers, it was made for the large, existing reality television audience. From what I have seen so far, it’s modeled pretty closely after TLC’s Toddlers and Tiaras. This isn’t a bonehead move for SyFy, since Toddlers and Tiaras is a massively popular show. It’s also not a show that was made for its subjects. I don’t know how the child-beauty-pageant-going community reacted to Toddlers and Tiaras, but I bet it wasn’t all positive.

The strange thing for me is that this is the first time I have been familiar with the work of reality TV stars before the show aired. I know some of these people, or have met them at conventions. I follow them on Twitter and Facebook. I know what some of them are really like. Watching their personalities edited to fit the reality TV model is totally fascinating. To say that the drama is all manufactured is as ridiculous as saying that everything on the show happened exactly as it seems. There is inherently drama that surrounds competitions, and cosplayers are no different. However, some of the perceived cattiness is definitely a result of editing out of context remarks together. Most of the time it’s pretty transparent.

I don’t identify as a cosplayer, but I do consider myself part of the community. The cosplay community I know is mostly a welcoming, largely inclusive bunch that will tell you to wear whoever you want as long as you’re having fun. Cosplay competition is a very small part of the activity. You definitely do not have to have ever been judged in a competition to be considered a cosplayer. That the show is focusing on competition just makes it easy to package and market, and makes more relatable for those unfamiliar with the hobby. It kind of explains to the layman why anyone would spend the kind of time and money that our cosplayers spend creating a costume. I will tell you a secret (spoiler alert: not actually a secret), you don’t spend hundreds or thousands of dollars and hours creating something for a cash reward that might very well be less than the total cost of your costume and trip to the con. You do it because you love how you feel when you dress up as a favorite character: powerful, sexy, magical. It’s the process and the reward of a job well done. It’s the attention from children who believe you’re actually who you’re dressed up as and the “May I take a picture with you?” from excited fanboy/girls. Sadly, this is what the show is lacking so far.

Are you tired of buying those boring sexy shirtless firefighter calendars year after year? Don’t you wish there were something new, different, and perhaps a bit geeky? Wouldn’t it be cool if “Mr. November” was dressed up as Commander Shepard? If the answer to any or all of those questions was “heck yes!”, then you need to check out this Kickstarter (http://www.kickstarter.com/projects/954587867/men-vs-cosplay-2014-gaming-calendar-project).

The Men vs Cosplay Kickstarter project aims to produce a 12 (or maybe 18 month!) calendar featuring some of the best the male cosplay world has to offer. There are several high profile cosplayers participating in the calendar, such as Sylar Warren, Bill Doran, and Cap Santiago to name a few. At this point, the project is fully funded, but there are reach goals set. There are several backer levels, but $20 will get you a calendar. The funding period closes on Sept. 6, 2013.

You can find Men Vs Cosplay in a lot of places around the internet, including:

Aside from the Kickstarter project, they’re a pretty fun bunch to follow because of the constant high quality male cosplay photos.