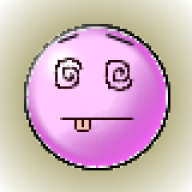 Lindsey is a vocal feminist who is currently working her way through film school and interested in all things nerdy.

My Heart Be Still

I would like to take this time to introduce you lovely ladies to my newest British obsession, Dr Mark Kermode.

Mark Kermode, also known as The Good Doctor and Number 75, is an English film critic who has a segment every Friday on Simon Mayo’s BBC Radio Five Live show. For those of us not in the UK, the radio broadcast is also released as a podcast that is roughly 80 minutes long and shorter clips of individual reviews are put up on youtube. Kermode also has a video blog called Kermode Uncut.

One of the most enjoyable aspects about the podcast is how very intelligent the reviews are. Kermode has a PhD in English from Manchester and wrote his thesis on modern horror fiction. While he can occasionally come off a bit pompous, it is his educated and well spoken manner that makes Kermode’s rants so utterly delightful. Even when I disagree with him, Kermode’s rants are still a thing of beauty. The podcast would not be nearly as enjoyable without them.

It is also very refreshing to see such a vocal feminist in the media, especially a male one. Mark Kermode is a genuine feminist and it shows in almost every review. He is very quick to point out misogyny or homophobia in films and always takes filmmakers to task for it.

The icing on the Kermode shaped cake is that he also plays the base in the skiffle quartet The Dodge Brothers. Recently they have been touring and playing a live accompaniment to silent films, including one gig where the silent film was projected by an eight bicycle powered projector.

Additionally the man knows how to rock a Quiff like no other.

I do not believe in astrology, but that is irrelevant to this conversation. This isn’t about the accuracy of astrology itself but about the inaccuracy of the zodiac being used for horoscopes and astrological signs, the forms most people think of when referring to astrology.

There are twelve astrological signs, each corresponding to a constellation from the zodiac. The word zodiac is roughly translated to mean ‘circle of animals’ which is a very accurate description. Each constellation of the zodiac falls into a ring around the earth known as the ecliptic; the paths of the Sun, Moon and planets around the earth also roughly fall in the ecliptic. People’s astrological signs are assigned by the position of the constellations when that person was born. Whatever zodiac is in the sky is that person’s sign.

The zodiac has been around, unchanging, since the Romans; and this is the heart of the problem. That is a long time; so long in fact the earth’s axis itself has shifted. Earth’s axis wobbles slightly, this means that in the 2,000 plus years since the zodiac was first created the earth has shifted its position in space ever so slightly. The stars are around 30 degrees westward in our night’s sky than they were for ancient astronomers.

The Problem of Fetishisizing Female Nerds

There is an over reaching problem in most of western society where men are still seen as the default gender. Instead of being seen as roughly half of the population, women are instead shuffled off as a niche market, just a small corner of the real demographic. When applied to the nerd subpopulation the male default becomes even more obvious and distressing. To pull a real life example, last Tuesday Nathan Fillion, Captain Tight Pants himself, asked his twitter followers to help him win a bet and agree that “hot girls play halo!” Another example is the user picture for this very blog’s facebook group, Velma looking disturbingly thin arching her tits out with baby doll bows in her hair. Why? This is nothing like the Velma seen on TV. Why isn’t being smart enough? Why must girl nerds be first and foremost sexy?

The main issue here is that once again women are only seen through the lenses of their relation to men. On the flip side take a look how guy nerds are talked about, their gender is never the focal point and how sexy they are is almost never mentioned. It certainly isn’t an ever-present selling point.

Women are being recognized as nerds but still only in so far as they are relevant to men, to the default real nerd. Nerds of the female persuasion are not allowed to simply exist as we are. Before I am accused of misandry let me clarify that I am not taking issue with men who find women who are nerdy attractive. The problem lies when girl nerds are only acknowledged as long as they fall into standard heteronormative definitions of sexy. Girl nerds are fetishisized instead of simply being accepted as just nerds. To barrow a phrases from Amy Berg, an executive producer and writer for Eureka, this “objectifies women under the guise of empowering them” and does a great disservice to nerdom as a whole

In Hundred Acre Wood No One Can Here You Scream

by Lindsey in Art, popular culture

Since I enjoy destroying childhood memories, I present you lovely ladies with Aliens vs Winnie the Pooh. It’s a bit long but I found it a good way to pass some time.