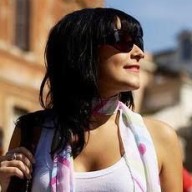 The Gang’s All Here: My Favorite Fictional Mobsters

Being fanatic about real-life gangsters is a touchy subject. Following the lives of say, Al Capone, Griselda Blanco or Carlo Gambino is an interesting read, for sure. Until your stomach starts to twist a bit. Luckily, there’s been a whole host of fictional mobsters to captivate our imaginations and deep-seated need to be bad to the bone. These are personal favorites and there’s a noticeable lack of anyone named Corleone or Soprano listed on here (though, to be fair, I considered Tom Hagan and Sylvio Dante)…

Mega-sized supervillain Wilson Fisk, otherwise known as the Kingpin, is a badass among badasses within the Marvel universe. Stan Lee’s creation came to life in 1967 and has since gone up against Spiderman, Daredevil and the Punisher, among others. The Kingpin doesn’t possess superhuman powers. It’s simply his brute strength and tactical mind that contribute to his masterful Machiavellian scheming. Even as an enemy to the reigning Maggia and terrorist group HYDRA, the crushing fists of the Kingpin are nothing to scoff at. His ‘look’ has been reappropriated by Hollywood at large: we now expect all gangsters to be fat, bald and toting a cigar.

Martin Scorsese clearly loves gangster culture more than I ever will. He’s crafted a life out of shining light on the decadent underworld of every era. In Mean Streets, a fresh-faced Robert Deniro plays Johnny Boy, a reckless, goofy hothead with a rather visceral swagger for a small-time thug. He practically charms his way off the screen as the strutting, obnoxious sidekick to Harvey Keitel’s straight man. At the risk of sounding superficial, my favorite thing about the character is the way he looks. Between the jaunty hats, plaid suit coats, scruffy locks and one of the biggest guilty grins to grace the silver screen, I’d be in love…if I didn’t want to punch him in the face.

Motor-mouthed, limping Kevin Spacey wins for simply being renowned as a semi-fictional gangster, inside a work of fiction. In 1997’s The Usual Suspects, tales swirl about international heavy, Keyser Soze, throughout the course of the unfolding plot. It’s hard for me to think back to fifteen years ago, when I didn’t know the ending to this movie, but I’m pretty sure it caught me off guard. Surprise plot twists aside, Keyser Soze is the kind of omnipotent, grudge-holding villain that makes for cinema gold. He shows true gangsters are all about the long game. Though, if he weren’t simply a small-time crook, this paragraph would definitely be about Benicio del Toro’s character instead.

Jabba the Hutt is totally gangster. Star Wars’ space-slug hoodlum is ‘our kind of scum’. Plus, his hard-partying palace is my kind of joint. I read somewhere that it took six separate operators to portray the worm-like warlord at any given time. Rumored to have been based on Orson Welles in his obese later years, this intergalactic thug is surrounded by packs of interesting groupies, followers and slaves. Salacious Crumb is no Paulie Walnuts, but hey, you take ‘em where you can.

The soft-spoken Los Pollos Hermanos kingpin put a new spin on gangster gravitas. Gustavo Fring ran a tight ship. Very few actors can walk the line between polite and threatening – Breaking Bad’s Giancarlo Esposito drew that line and silently tap-danced on it. His calm demeanor was enchanting and his cool, aloof manner most unnerving. Though he dies at the hands of protagonist Walter White, his character was the true professional of the whole bunch, displaying zero ego and maintaining perfect posture.

Lydia Mondy is a freelance writer with absolutely zero ‘gangster’ qualities. Unless you count her penchant for pinstripes and bourbon. You can find her blogging about everything from her Jem obsession to the big business behind all things ‘geeky