I meant to post this yesterday, but I was too busy being a student. Sorry. Here is Day 2 of NYCC in photos.

The line getting in before doors opened on Saturday was insane. It gave me a chance to check out some of the costumes for the day though, like… 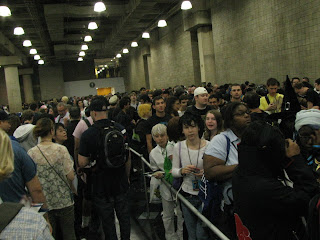 …this guy, who was my first Doctor Who sighting. He was standing behind me, and I couldn’t not take a picture. The fez was too cool. 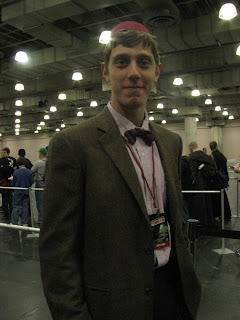 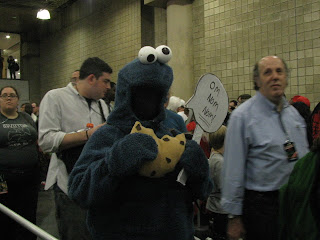 This was the MTV Geek panel. Third from the left is Stan Lee, who announced his new project with them. 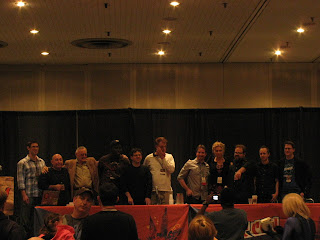 The DC Universe panel was in the same room as MTV Geek, so I stuck around to get the latest news on that front. 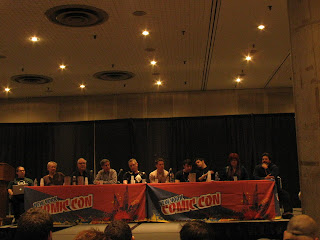 I saw this person when I was leaving the cafeteria. I didn’t expect to see such an epically awesome Codex costume, so of course I had to compliment her on it. 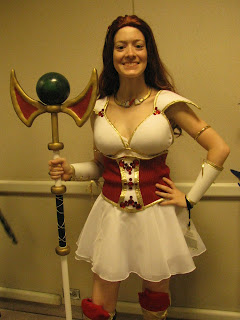 The LGBT panel was in the same room as the zombie panel I was going to, and we were able to sneak in about midway through. I was pleasantly surprised to see the room was packed with people actually interested in the topic, and not just people who were waiting to talk about zombies. 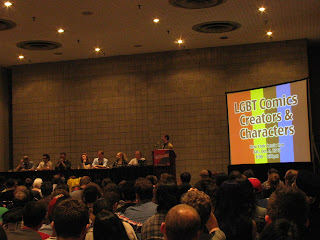 Next was the “Do Zombies Dream of Undead Sheep” panel. It was quite entertaining. 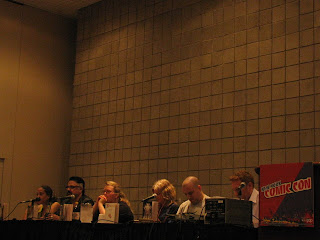 Pizza time! The guys from the Roddenberry panel decided we deserved some pizza for sticking with them at the late hour. 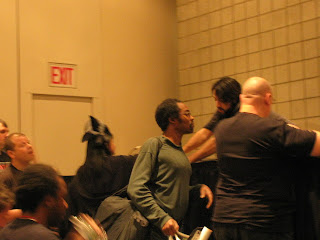 Roddenberry panel. By the time we were finished, I was convinced I needed to add “Days Missing” to my graphic novel collection. I got to talk to the creator of the series the next day at his signing. He was super nice and a great start to my morning. 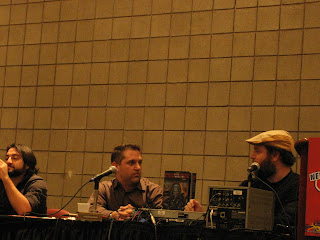 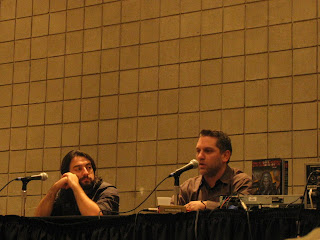 Day 2 was full of lots of fun things that won’t soon be forgotten. Although that can be said of the whole weekend. Up next, the third and final day. Stay tuned.

by News on Shuffle in Comic Con, convention, culture

Hey, fellow nerds! I promised you all a huge photo post on NYCC. Since I have over 200 photos that I had to dwindle down to the best of the best, I decided to break it up into 3 parts. This is Day 1. 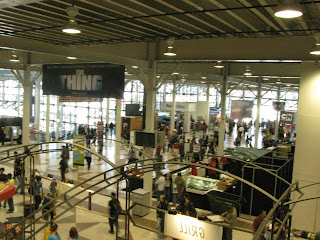 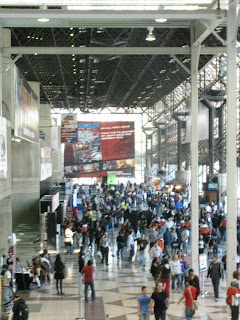 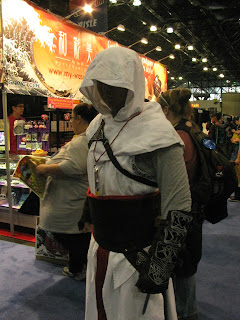 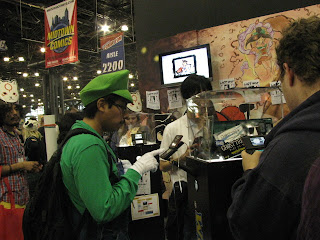 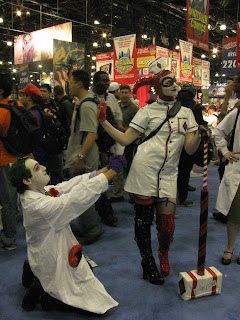 This was actually a closet with the exterior design of the TARDIS. Not quite the real thing but a close second. 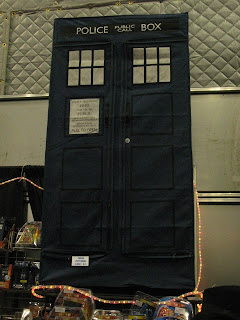 I ran into this girl at the Midtown Comics table. She saw me looking at the Serenity graphic novel and figured it was safe to assume I would recognize her costume. Good guess. 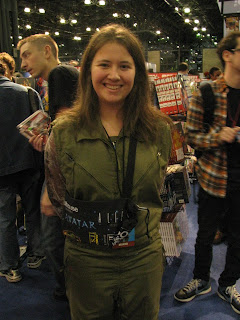 The Onion panel gave us the fake news of the future. It was a lot like the current news, but with more tech and giant bugs. 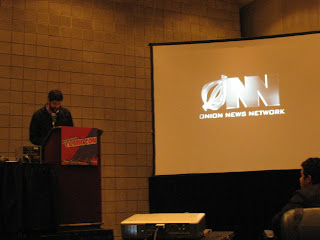 The James Martsters panel was the highlight of Day 1, for me. He did a Q&A and answered a lot of really good questions. He was super nice to everyone and totally fit in with the rest of us nerds. 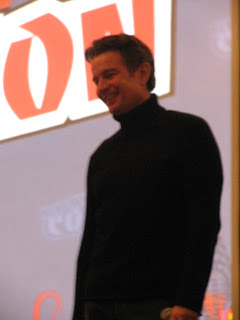 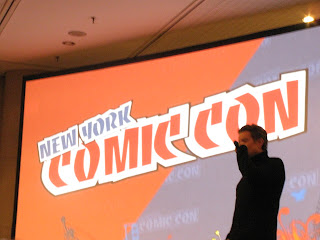 Day 1 was a great start to what proved to be a fantastical weekend. Stay tuned for Day 2 in photos, coming soon to a computer near you.