by kinkinmotion in Review, TV

It’s not often Canadians get a cool thing before the states, but it has been known to happen (kinda makes up for Celine Dion, but not quite). This time it takes the shape of Lost Girl, a new series on Showcase. It’s kinda early to tell whether this will turn into ‘must see TV’ or not, but I gotta say the premise is hot.

Lost Girl follows the raven haired hottie Bo. Bo grew up with her human parents thinking her only concerns were the same as your average TV ready hot girl. Turns out there is very little ‘normal’ about little lost Bo. After she drained her boyfriend to death in their first sexual encounter, she figured out she is in fact a supernatural seductress of the ‘Succubus who feeds on the sexual energy of humans’ variety.

After that fun little tidbit of information made itself known, she hits the road alone and afraid. If that isn’t enough to throw a girl into a serious identity crisis, she then discovers she is one of the Fae. Oh you know, The Fae? No, not the ones from True Blood. Ok kinda, but not exactly. These are the ones from legend that pass themselves off as human as they have for millennia and feed off the unsuspecting non-supes in different ways. Ok, so not that different. The main difference is the freaky red eye thing of the Lost Girl fae vs the angelic looking fae of True Blood.

Being not alone is good, being not alone amongst supernatural creatures you have no clue about is maybe not so good. What’s a confused Succubus to do? Bo decides to split the difference until she figures it out and takes the middle path between the humans and the Fae .

With the help of her human sidekick, Kenzi, and Dyson, a sexy police detective, Bo takes on a new task each week. Sometimes its helping a Fae or human client solve a mystery or helping someone who comes to her to right a wrong. She undertakes these little adventures all the while embarking on a personal mission to unlock the secrets of her origin.

Sexy chic, supernatural creatures, sidekicks, ..a freaking modern day Succubus?! Oh yeah, totally gotta see where this one winds up. So far, so good even if it does have that ‘we are a brand new show trying to find our feet’ thing going on right now. But its got a great premise and looks to have some real potential. And it’s got lines like “we’re gonna need a safeword” when the beginnings of a three way start to get frisky.

Oh yeah, I’m keeping an eye on this one. 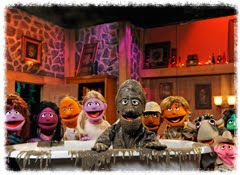 Wow. I don’t even know what to say to this. Thoughts?

I definitely giggled. There was giggledge 🙂

by Miz Liz in Review, TV 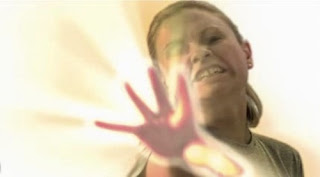 I’ve really enjoyed the phenomenom that is True Blood these last couple of years… until this season.  This season has been painfully dull (in my humble opinion) and I have to admit I was very pleased to realize that this past Sunday was the finale.

While I haven’t watched it yet – tonight’s the night – I did read an amazing recap on the episode on io9.com

I’m keeping my fingers crossed that season 4 will be like Dexter’s season 4 and redeem itself.  Only another year to find out.